BIGGBY® COFFEE was founded in 1995 by two friends, Bob and Mike, or BaM, for the simple purpose of loving people and sharing great coffee. These two unconventional leaders are fully invested in the company, and they prioritize the wellbeing of each and every one of their stakeholders. They love to hear from all voices within BIGGBY® Nation – Franchise Owners, Home Office Employees, Baristas and Store Leaders – and they encourage anyone and everyone to pick up the phone and give them a call. Directly. On their personal cellphone. What other CEO does that?

BIGGBY® COFFEE’s continued growth and success rests solely upon the thriving workplace culture and relentless drive for innovation that BaM established. By 2028, BIGGBY® COFFEE will be a billion-dollar company, and everyone within BIGGBY® Nation will be building a life they love.

Bob Fish, co-CEO of BIGGBY® COFFEE, has been in the coffee business as a franchisor of coffee shops with his business partner, Mike McFall, since 1999. BIGGBY® COFFEE has sold nearly 17 million pounds of coffee (and counting)! It comes from all over the world including Central and South America, Africa and Asia.

Although Bob has visited many of those places as a tourist, there was no tangible connection with the people or places who produced our coffee, so a goal was set that by 2023, at least 50% of all coffee purchased by BIGGBY® COFFEE will be sourced directly from a farm. This means that Bob, BIGGBY® Franchise Owners, and consumers alike will know the names, faces and stories of the people who grow and harvest our coffee beans for BIGGBY® COFFEE. To reach this goal, Bob and his wife, Michelle, are traveling the world, visiting coffee farmers in search of Farm-Direct relationships that ensure that People, the Planet, and their Communities are being treated right, to have a worldwide positive impact through coffee. One of these connections is a collaboration with the non-profit, Living Hope International. This farm-direct coffee relationship stemmed from when Bob and Michelle initially visited the Living Hope property in 2018. Proceeds from Living Hope coffee directly support the group’s ministry to provide shelter, food, education and hope to orphaned and at-risk children in Zambia. It is impossible to share the whole story in one short paragraph, so check out Bob and Michelle’s website, One BIGG Island in Space, (OBIIS) HERE!

Originally from Augsburg, Germany, Bob attended The American School in London, UK before eventually continuing his studies in Hospitality Management at Michigan State University. In 1993, before the foundation of BIGGBY® COFFEE, Bob had been a part-owner of a Flap Jack restaurant in Lansing, MI until he sold his stakes in the pancake house. Bob also held positions as a chairman of the Board at the Small Business Association of Michigan and the Michigan Restaurant & Lodging Association.

Bob’s Moonshot is to personally change the lives of one million people in a positive, multi-generational way. If you would like to learn more about what a Moonshot is and how you can make your own, click HERE!

Michael McFall’s journey within BIGGBY® COFFEE began in 1997 when he and his business partner, Bob Fish went on the now-infamous walk around Michigan State University’s campus. They were meant to discuss opening a second store with Mike as the manager. A couple of hours later, the walk ended with a handshake on the agreement of becoming equal partners to grow the brand, BIGGBY® COFFEE.

Mike’s story within the company originally kicked off in 1996, at the very first store, when he took a minimum wage job as a barista. He has since held nearly every position in the company, completing an astonishing journey from barista to Co-CEO. Mike’s cowboy-squirrel-like mentality and full array of BIGGBY® experience is what allows him to create authentic relationships with employees and Franchise Owners that are built on genuine understanding, credibility, and respect. Two decades into this remarkable voyage, Mike brings a unique personal experience to the company, having led BIGGBY® COFFEE through survival mode, stability, and aggressive growth.

In August 2019, Mike published the book, Grind, with the single purpose of helping entrepreneurs establish a positive cash-flow business. This book is built on his personal experience with the ups and downs of building a business, and Mike’s “no-bullshit” and conversational approach to entrepreneurialism teaches people how to effectively improve their business. What better example of entrepreneurship could BIGGBY® COFFEE ask for than from one of the leaders who helped build the successful system up to where it is today.

Mike graduated from Kalamazoo College in 1993 where he earned four varsity letters as a member of the golf team and a Bachelor’s degree in Economics. He also studied for six months at Fourah Bay College at the University of Sierra Leone where he wrote the life story of Johnny Smythe. Mike participated in the West Island College Class Afloat program in 1988 and sailed halfway around the world on a square-rigged tall ship, visiting 13 countries.

Currently, Mike serves as both a member and Forbes Contributor of Forbes Business Council. He also teaches on the subject of entrepreneurialism in his class ‘Finding Your Venture’ at The University of Michigan Center of Entrepreneurship and is a hockey enthusiast with a Moonshot to one day own the Detroit Red Wings. When Mike is not spearheading BIGGBY® COFFEE’s newest business venture or writing his latest book, he can be found in Ann Arbor, Michigan, with his wife, Elizaveta, and their four children. 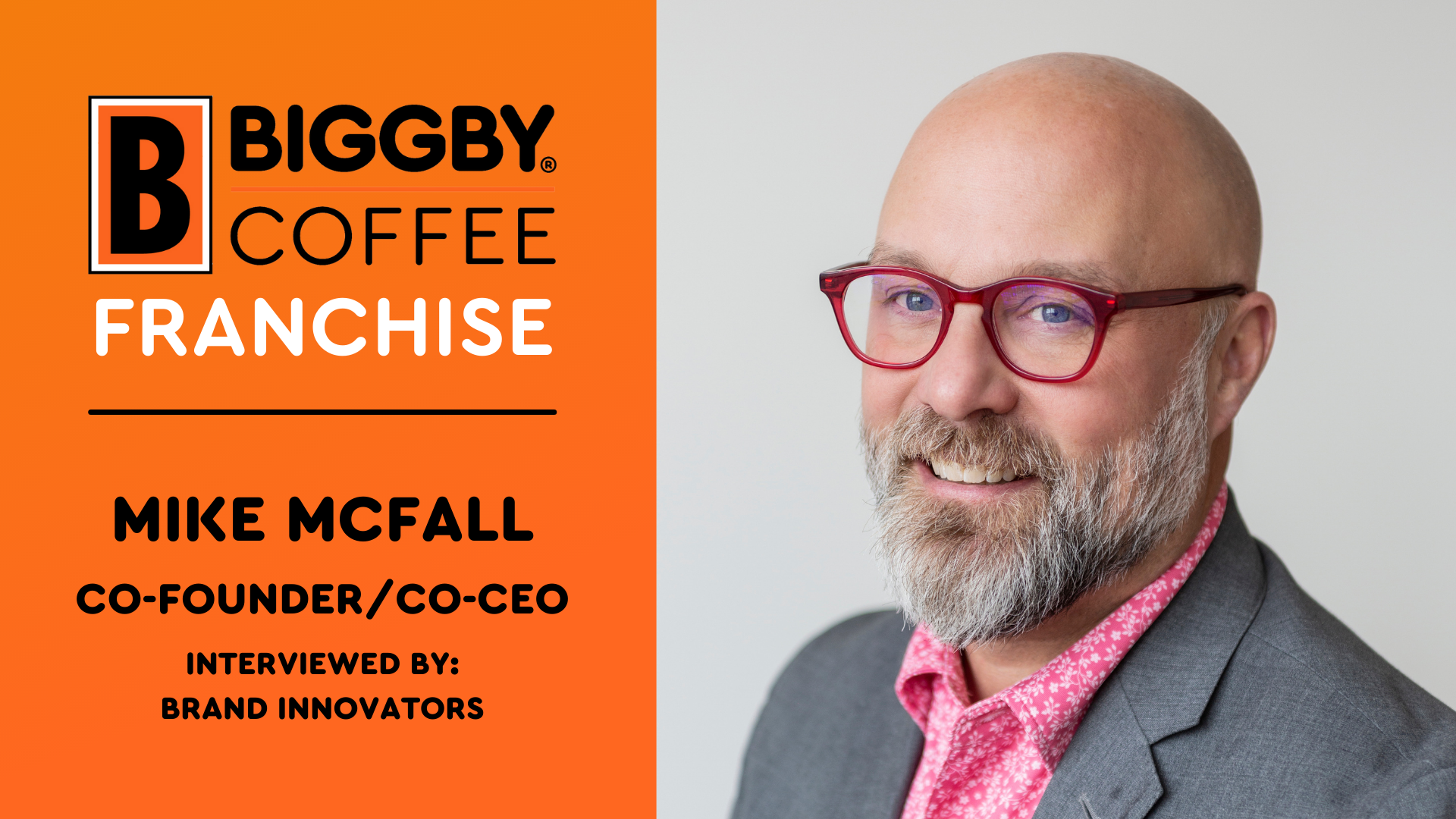 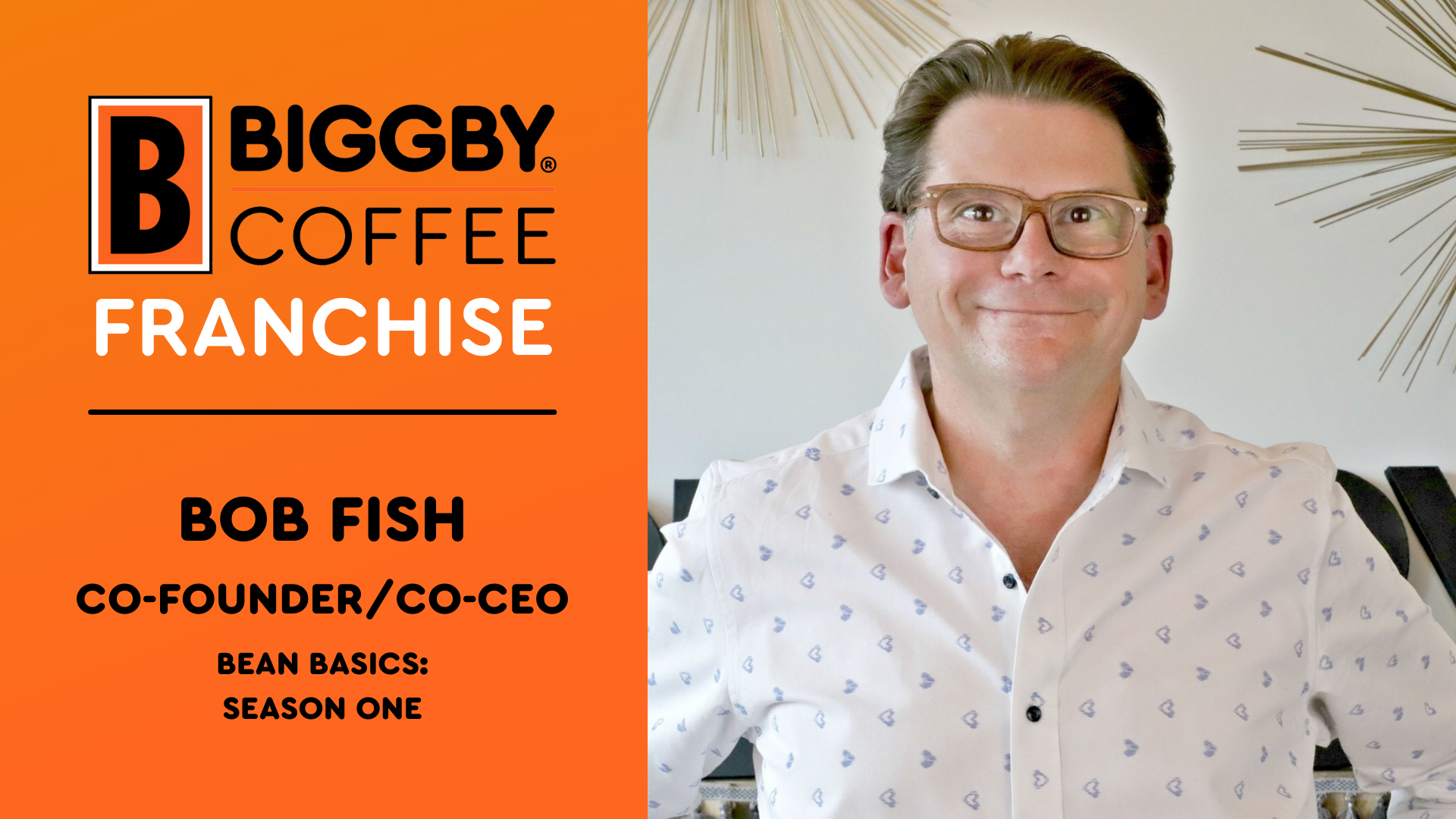 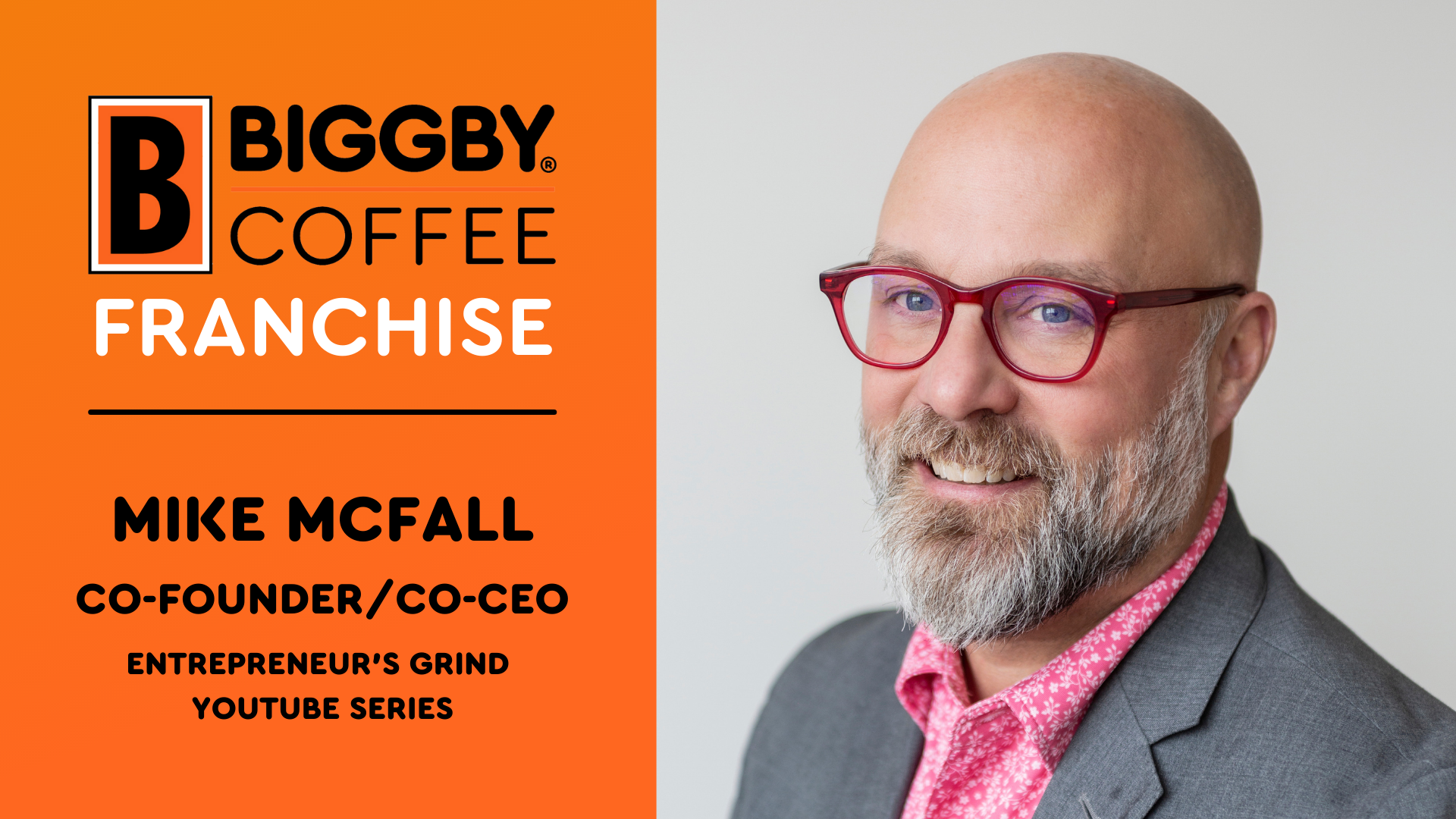 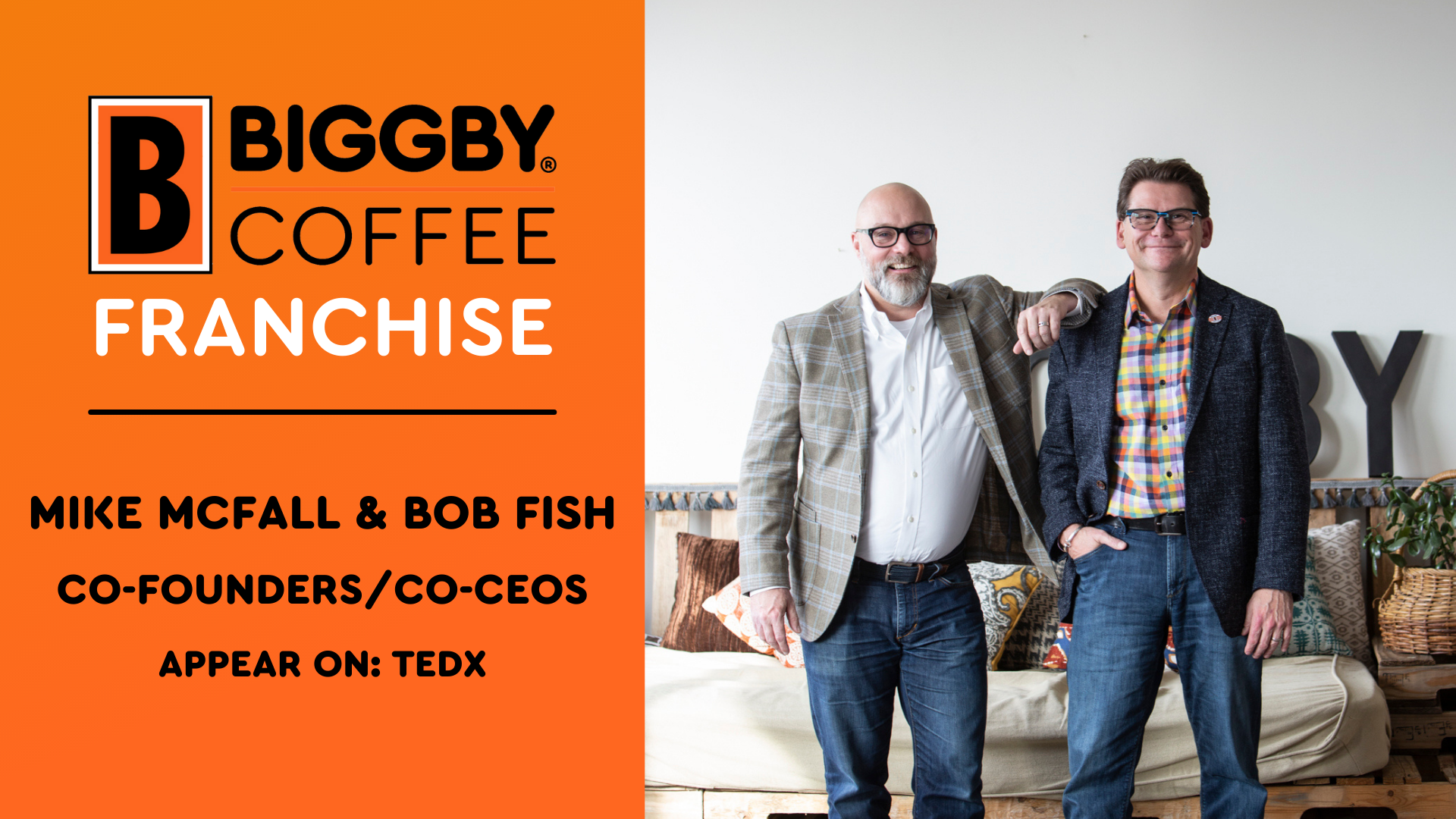 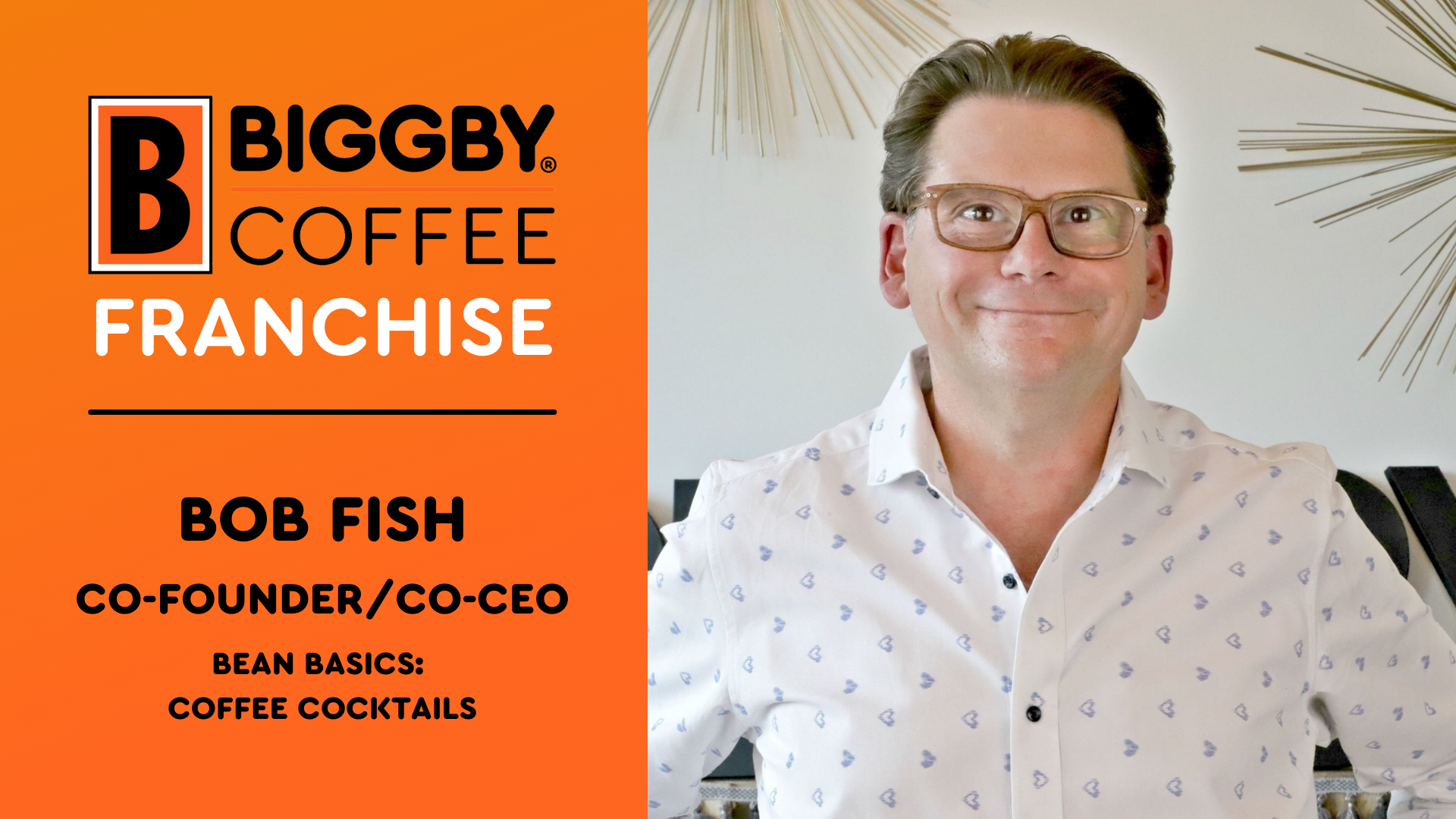 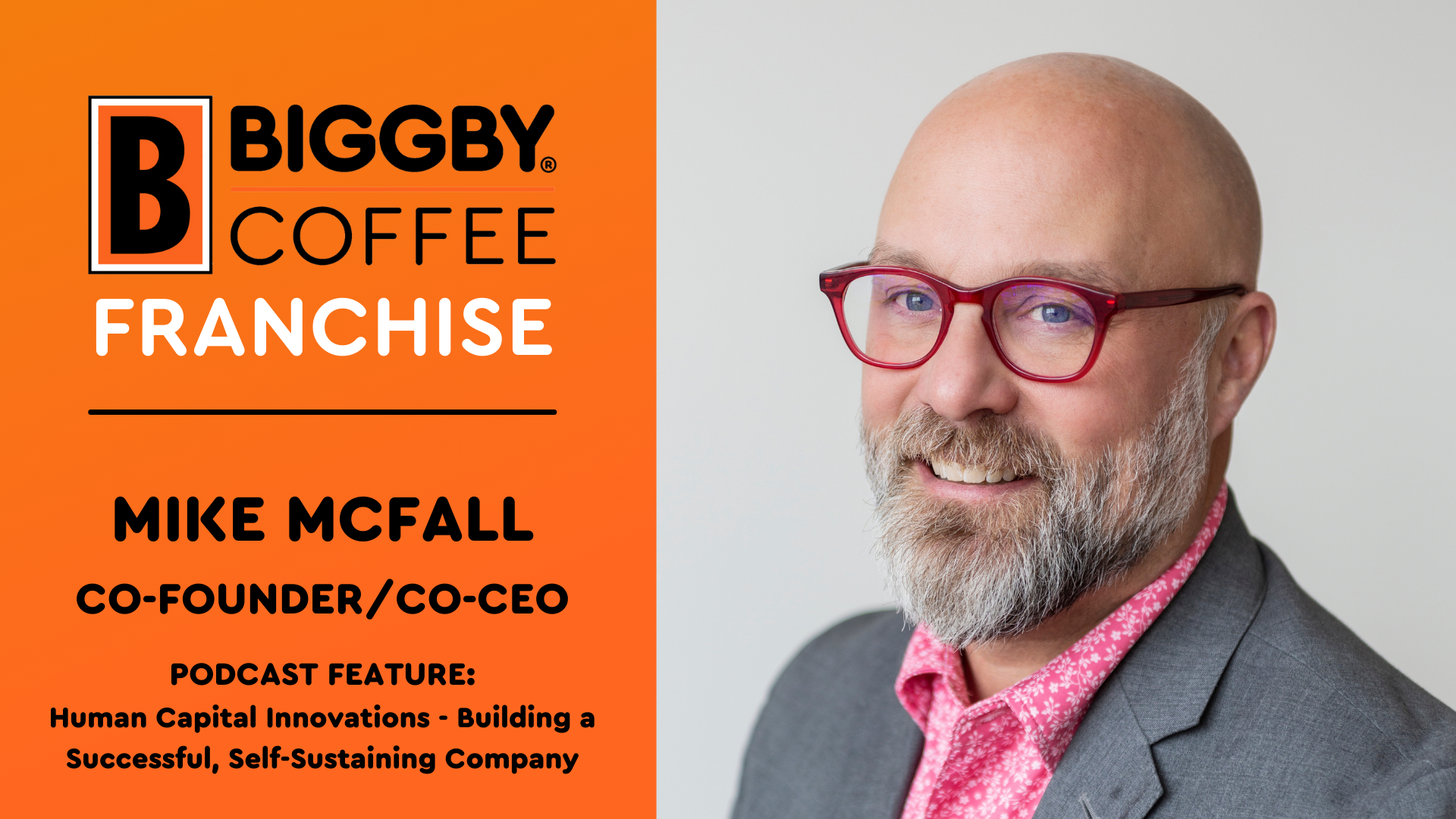 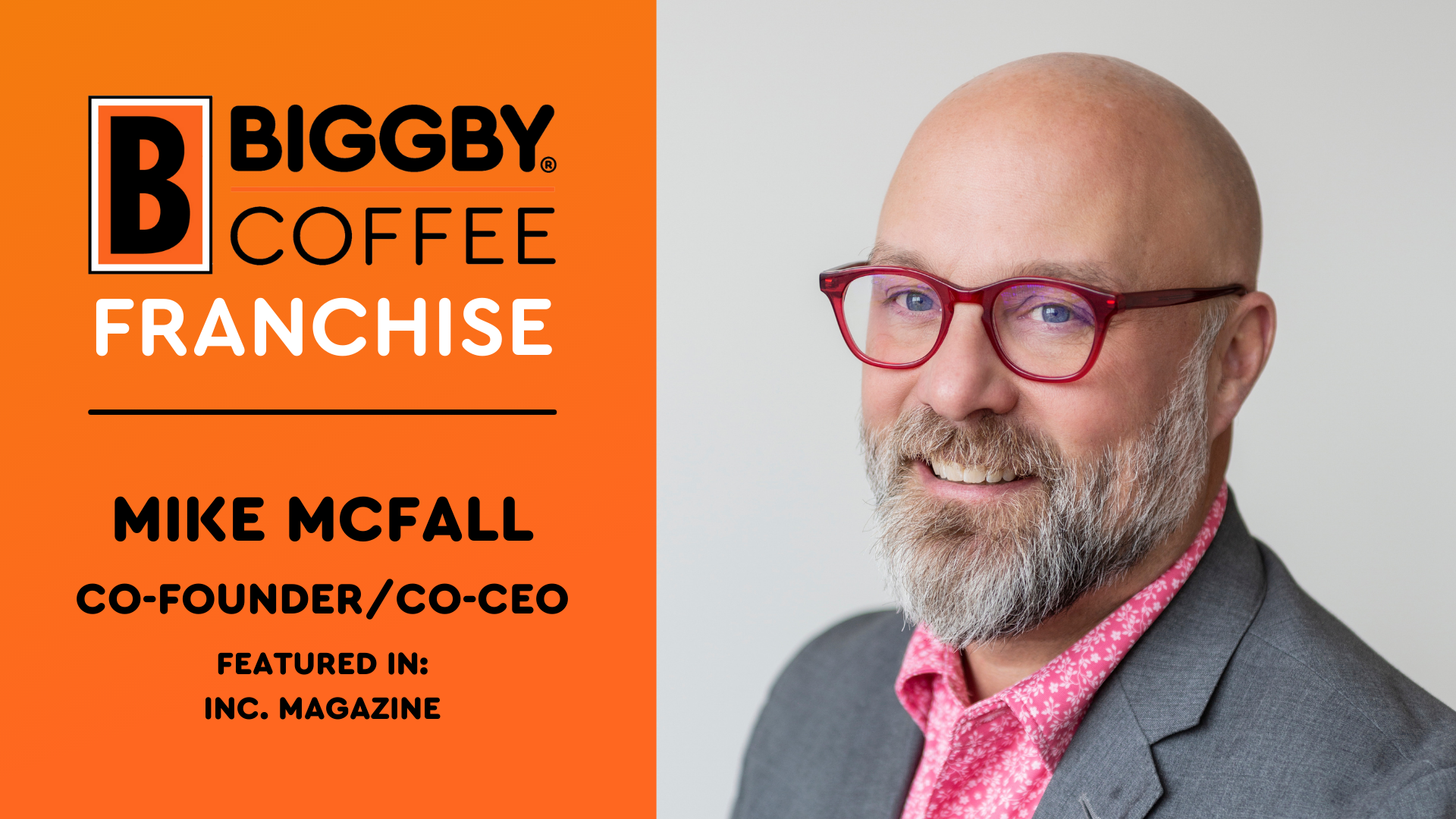 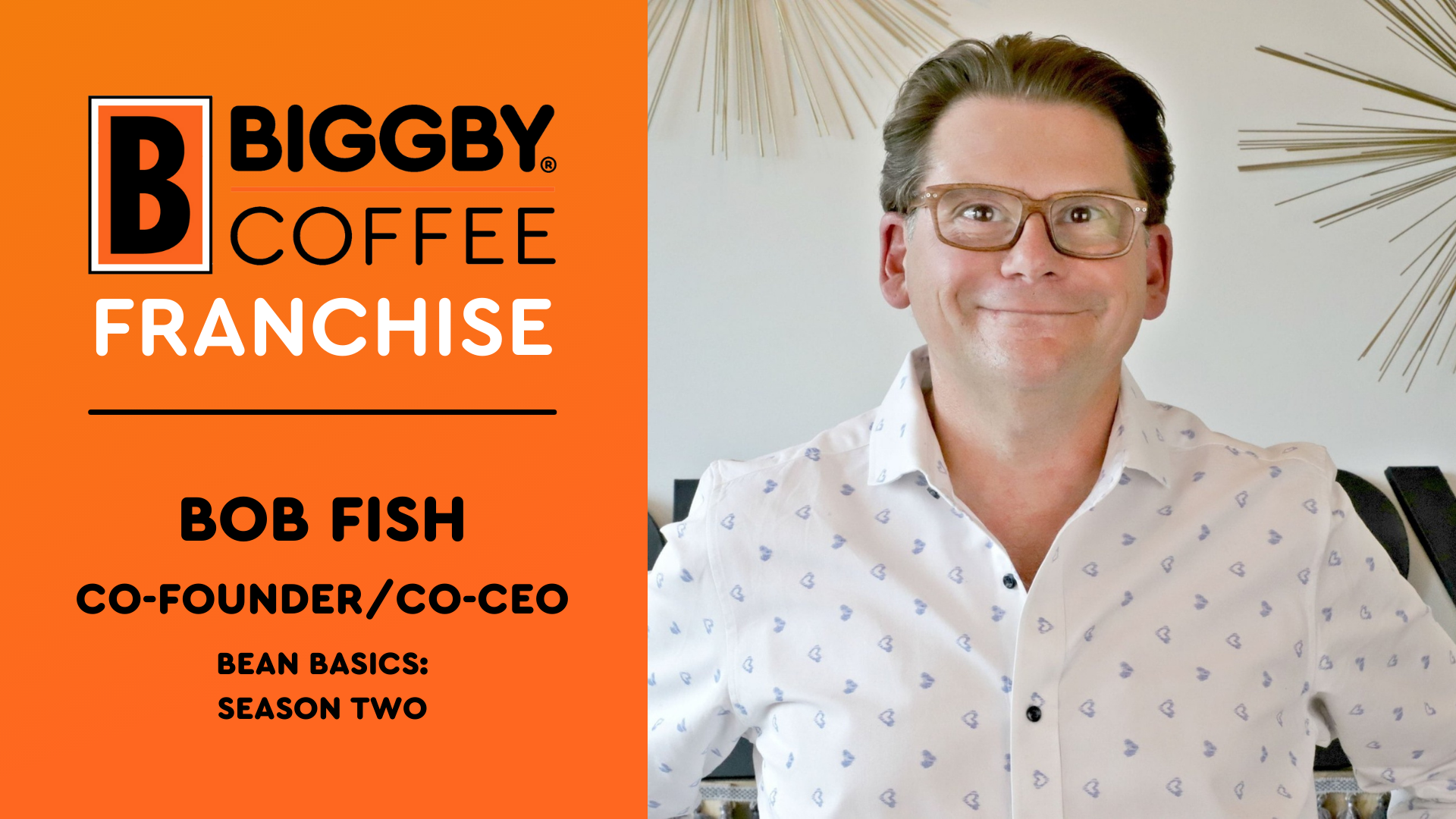 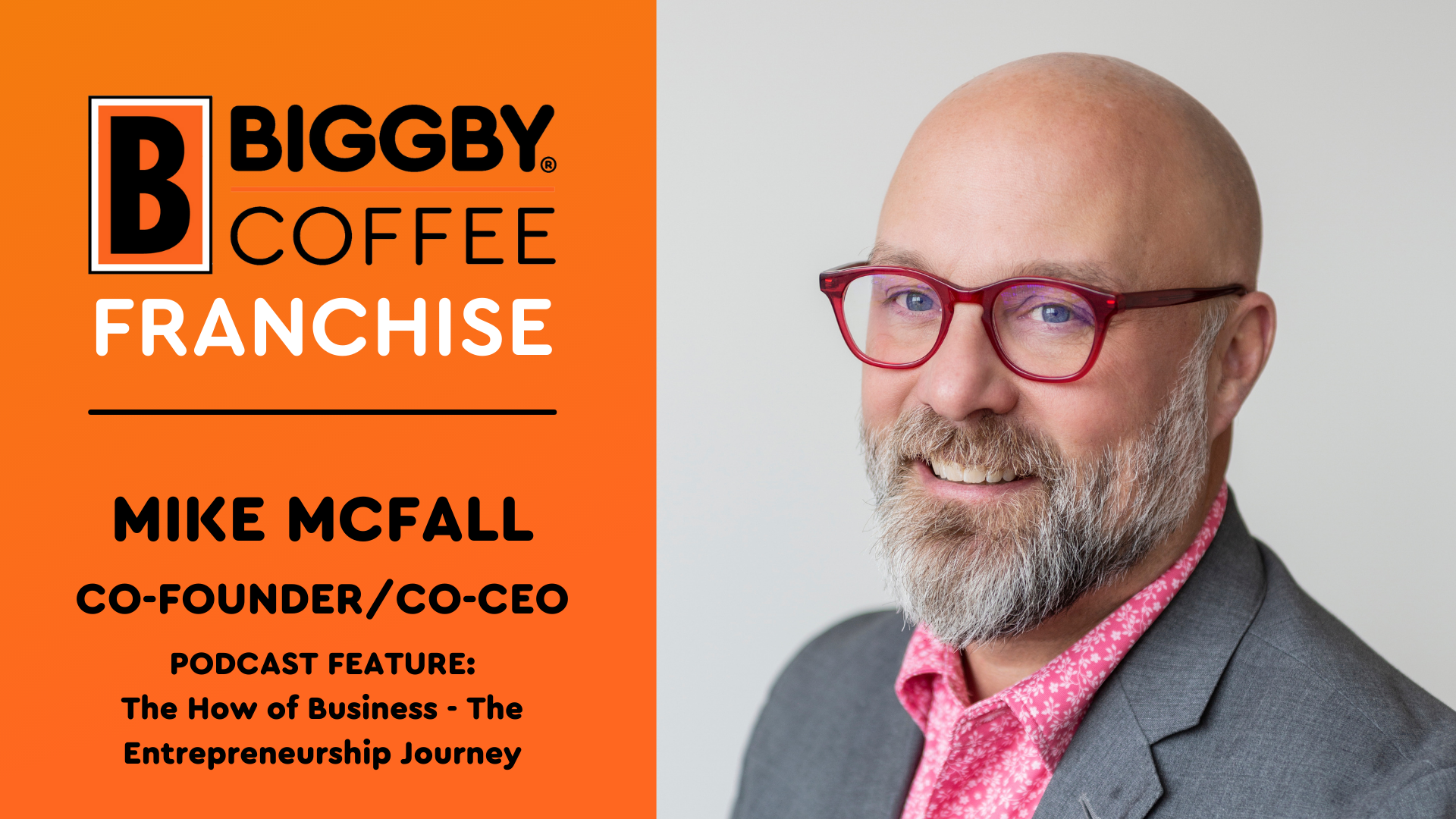 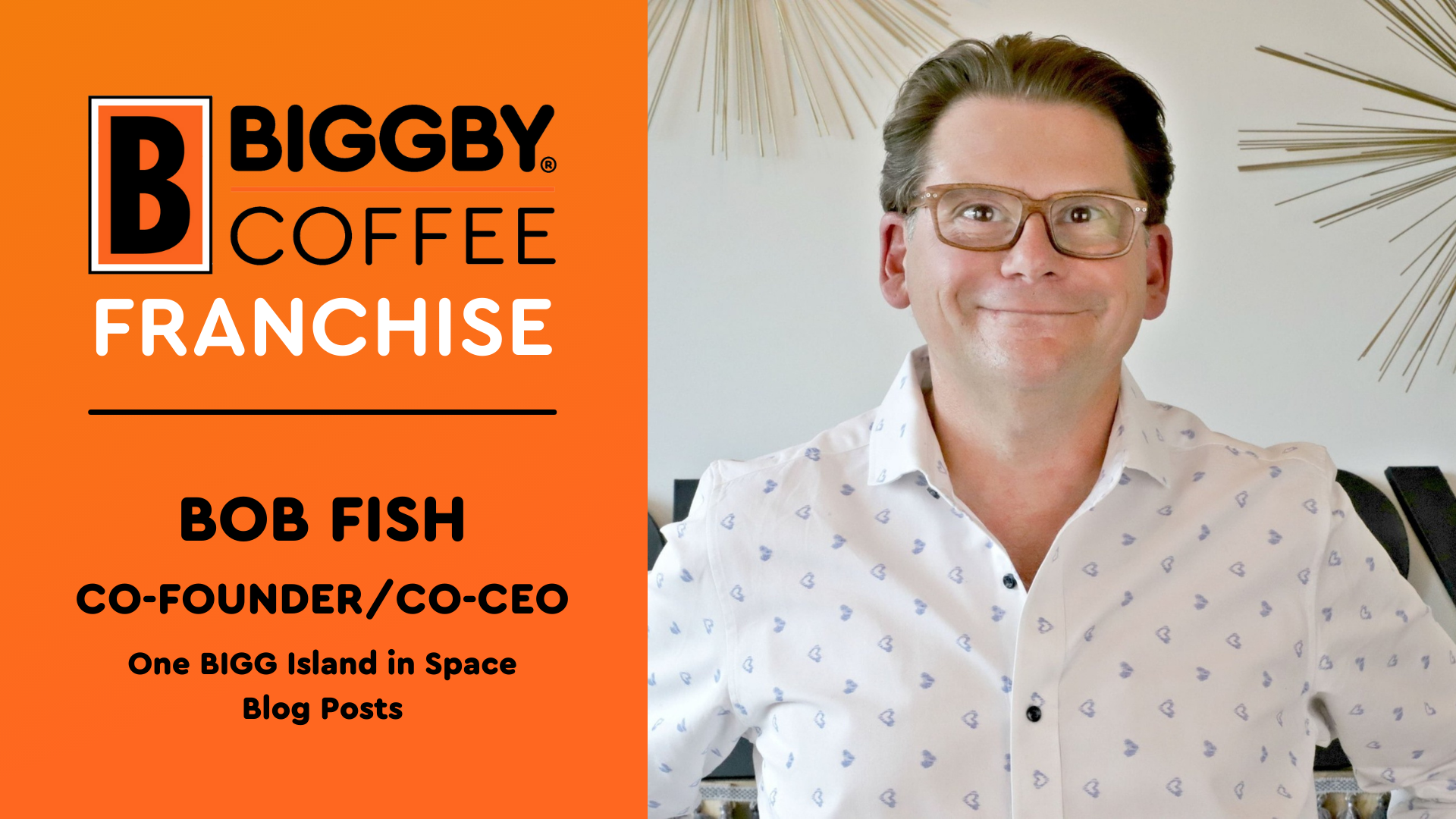 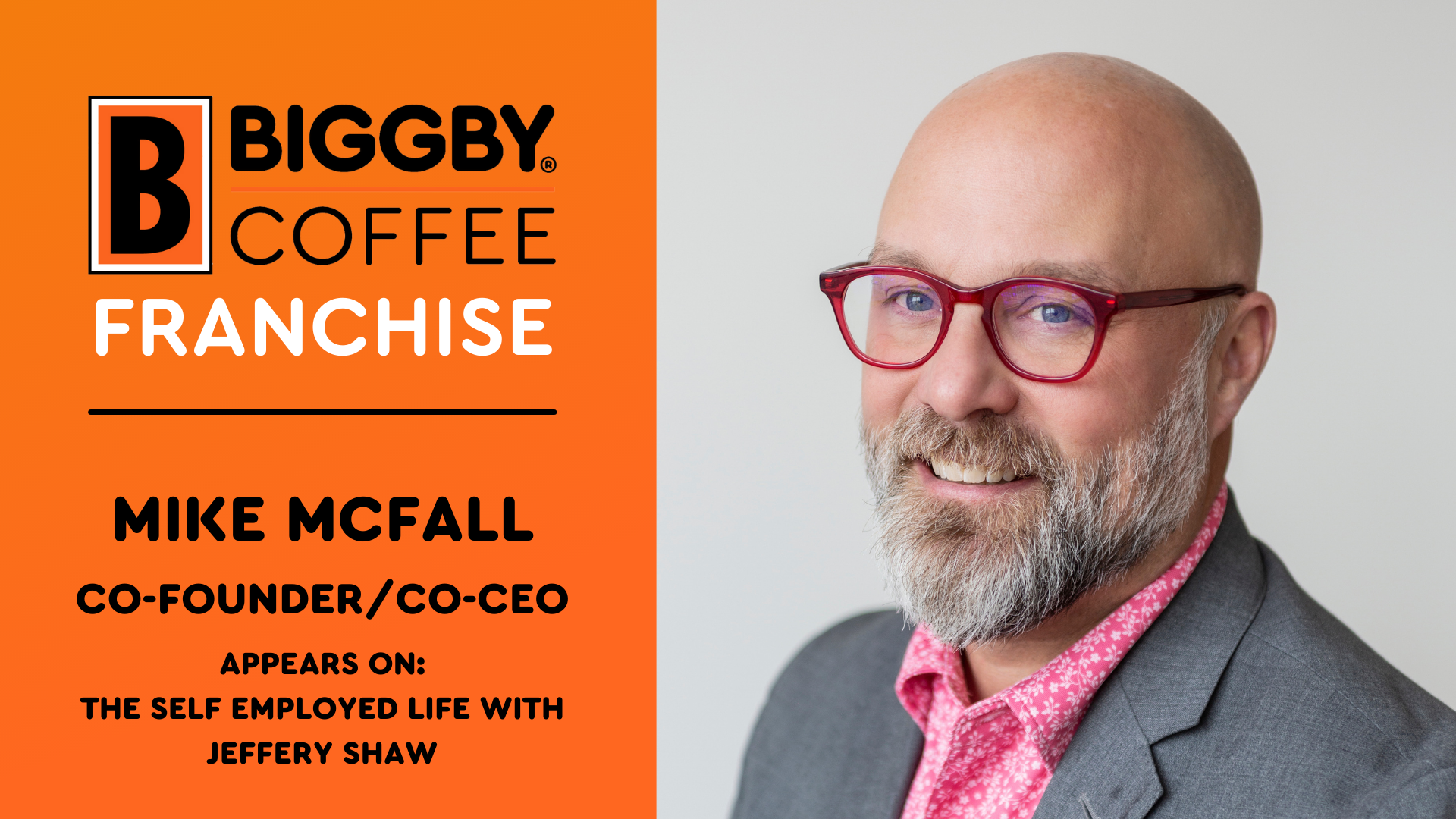 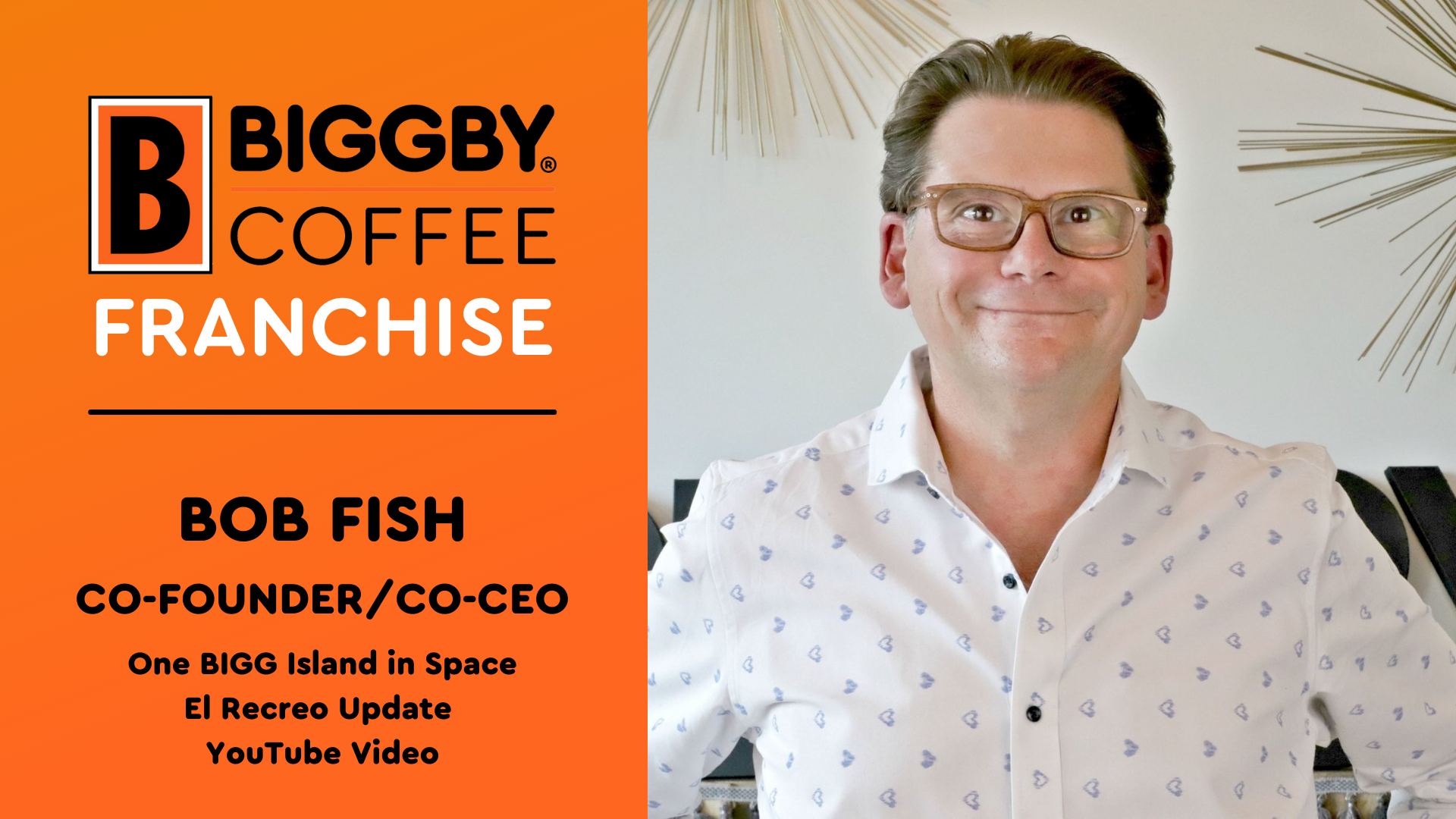 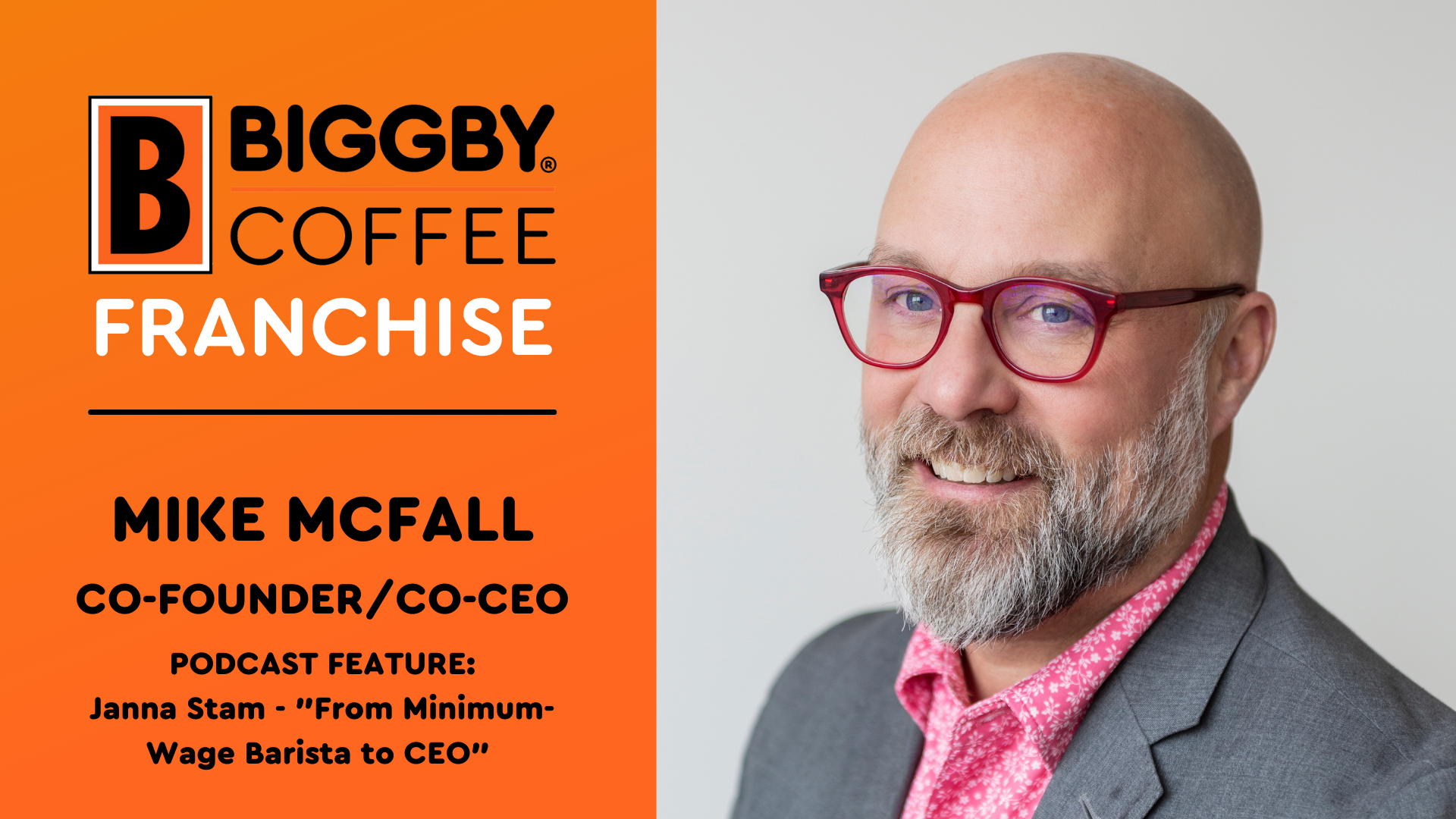 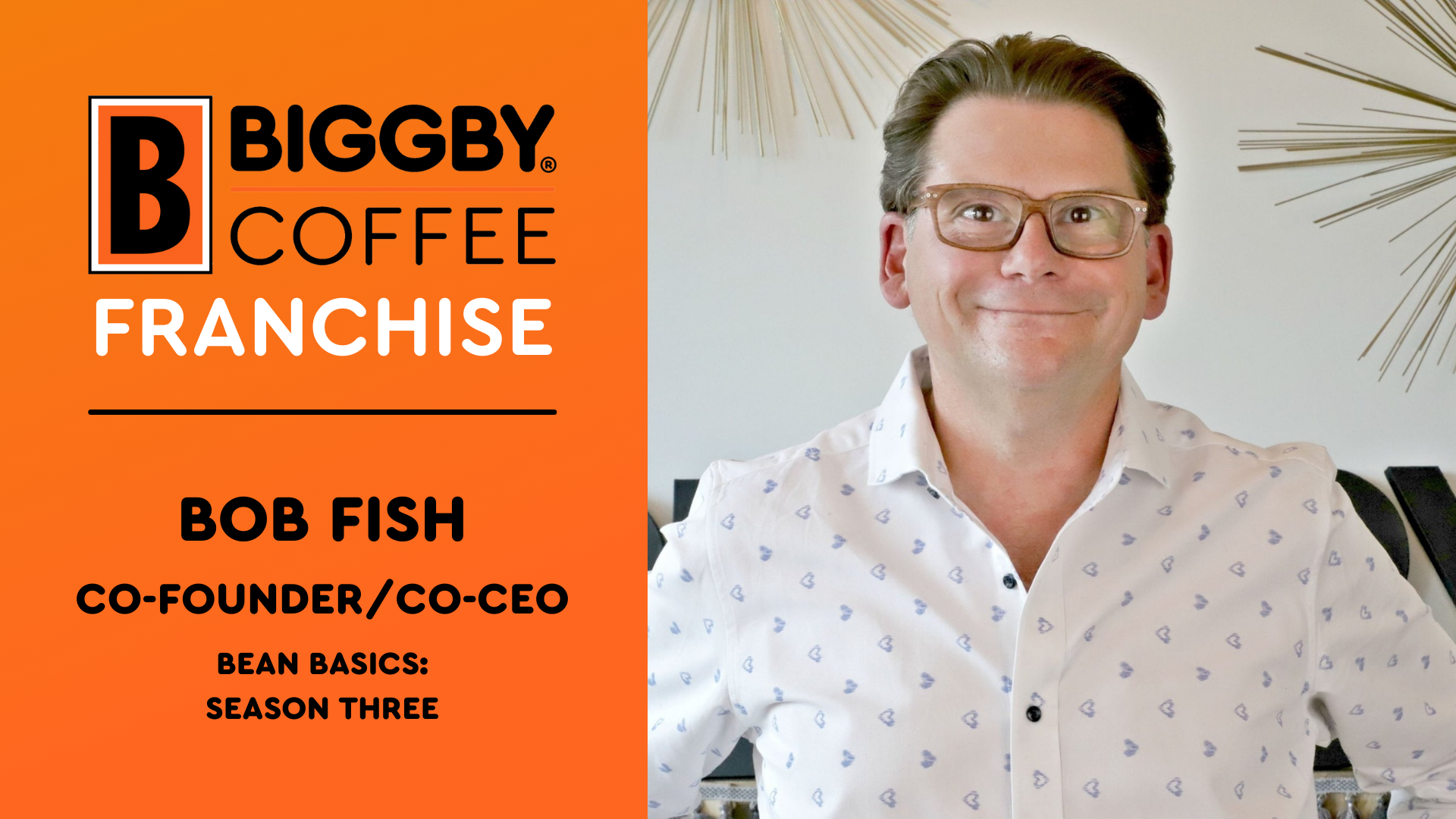 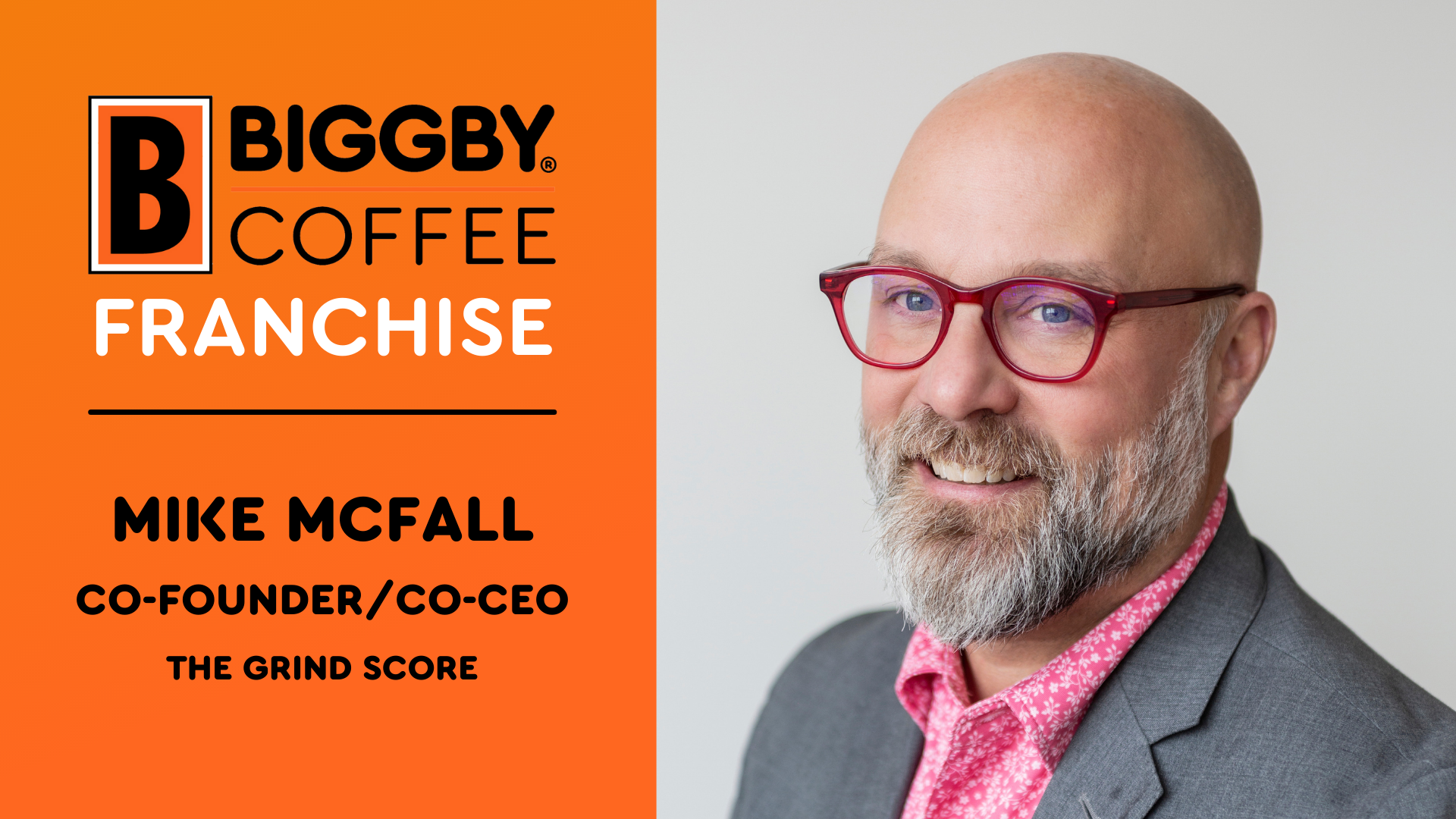 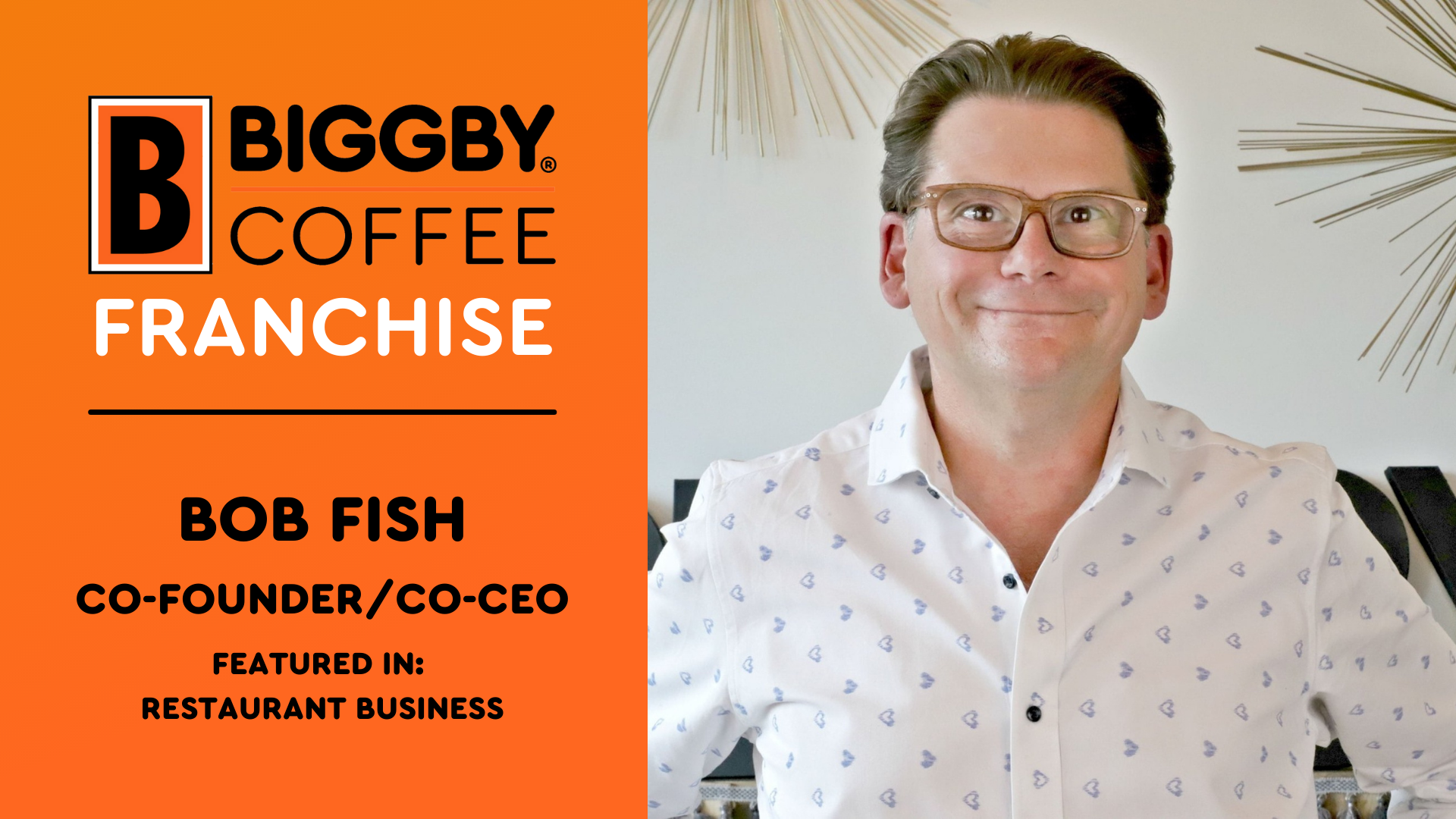 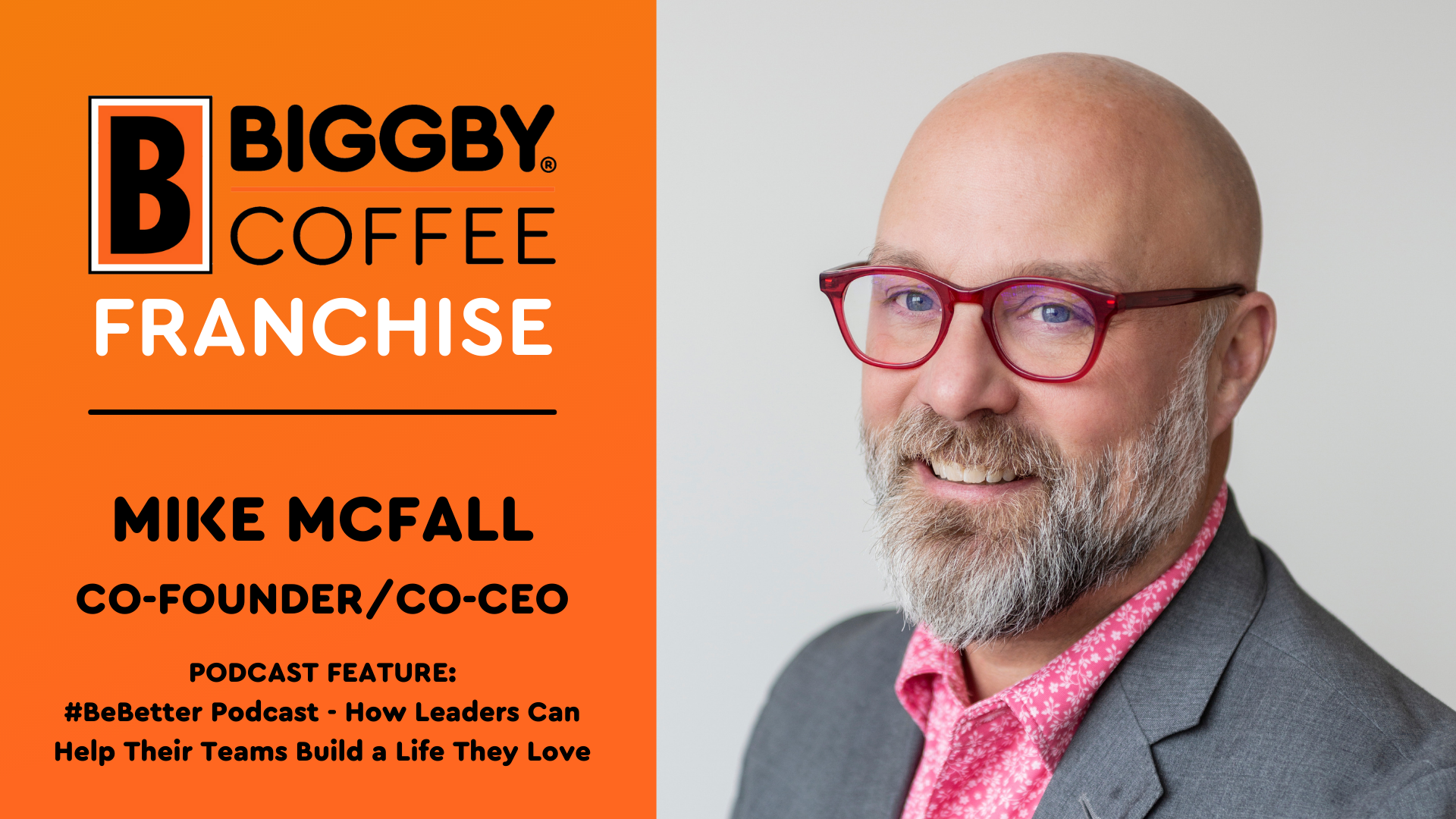 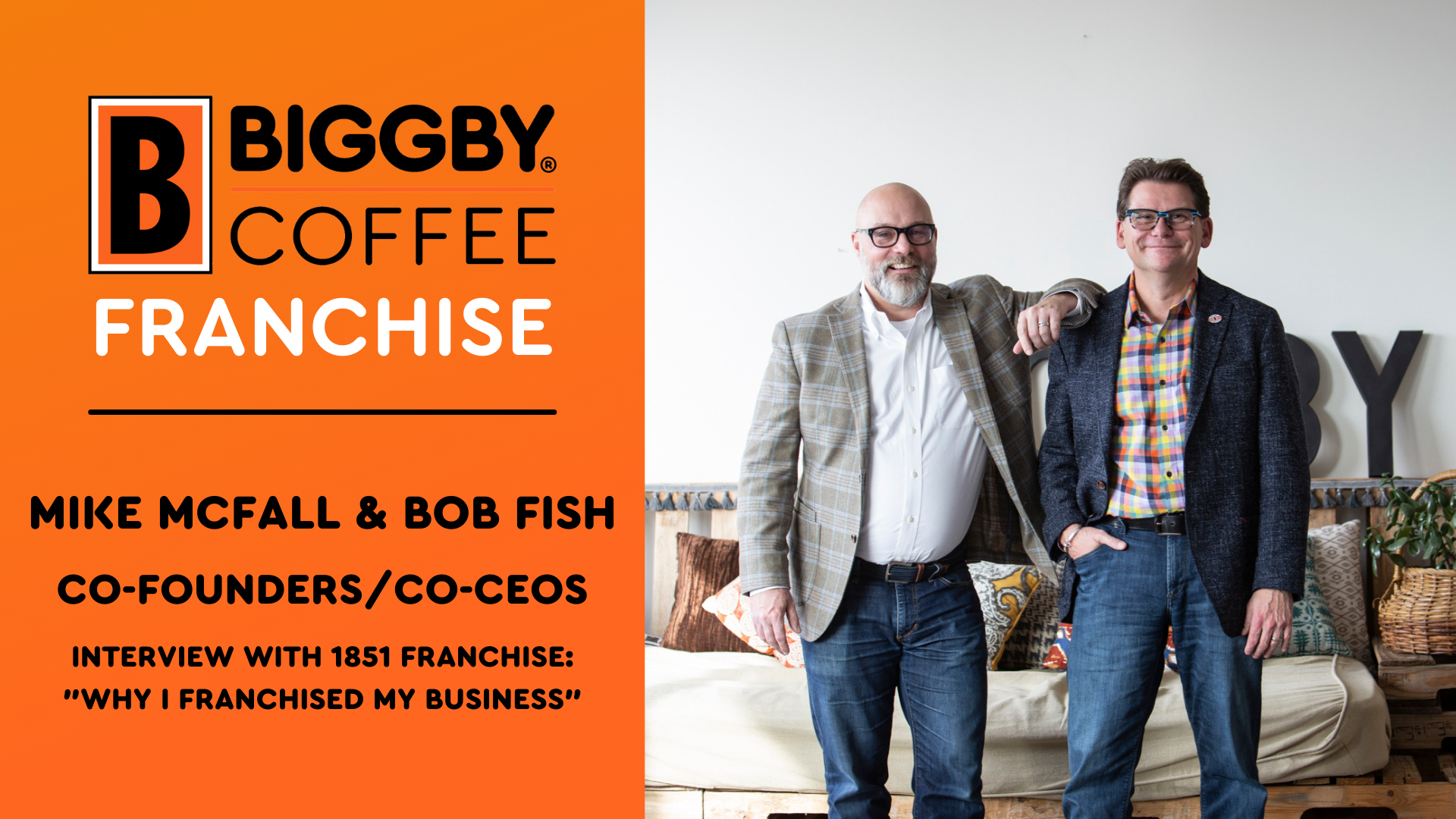 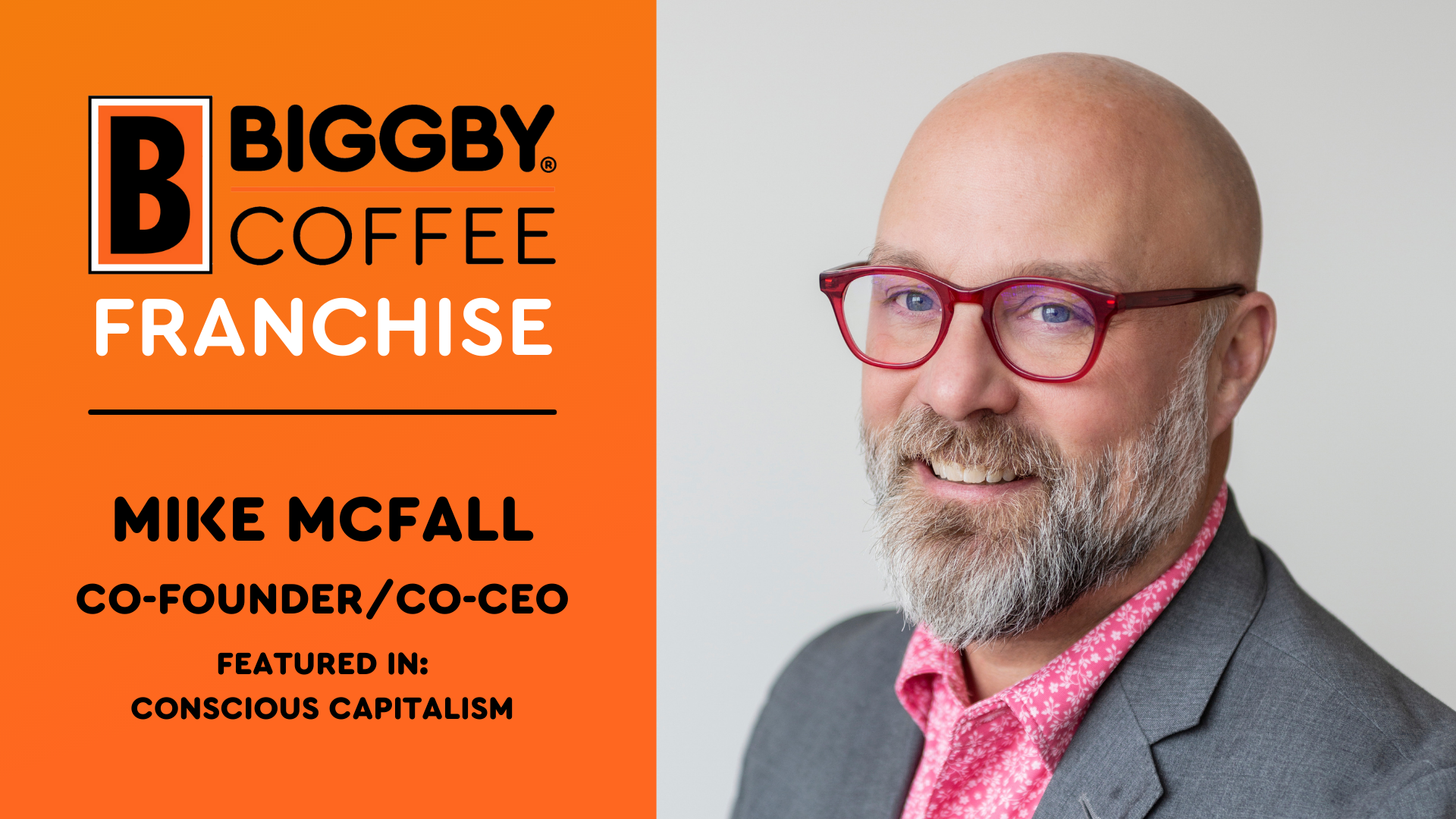 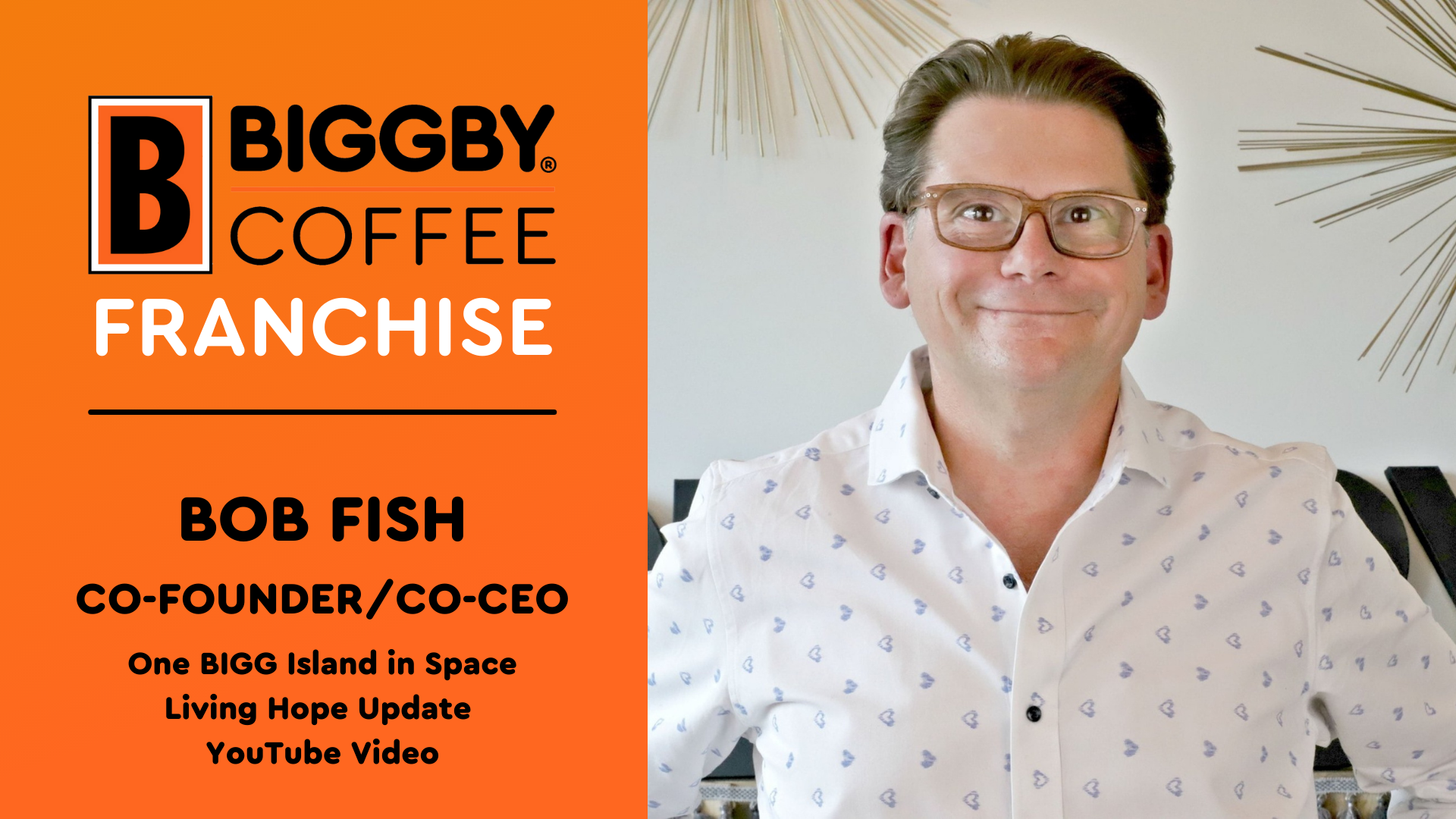 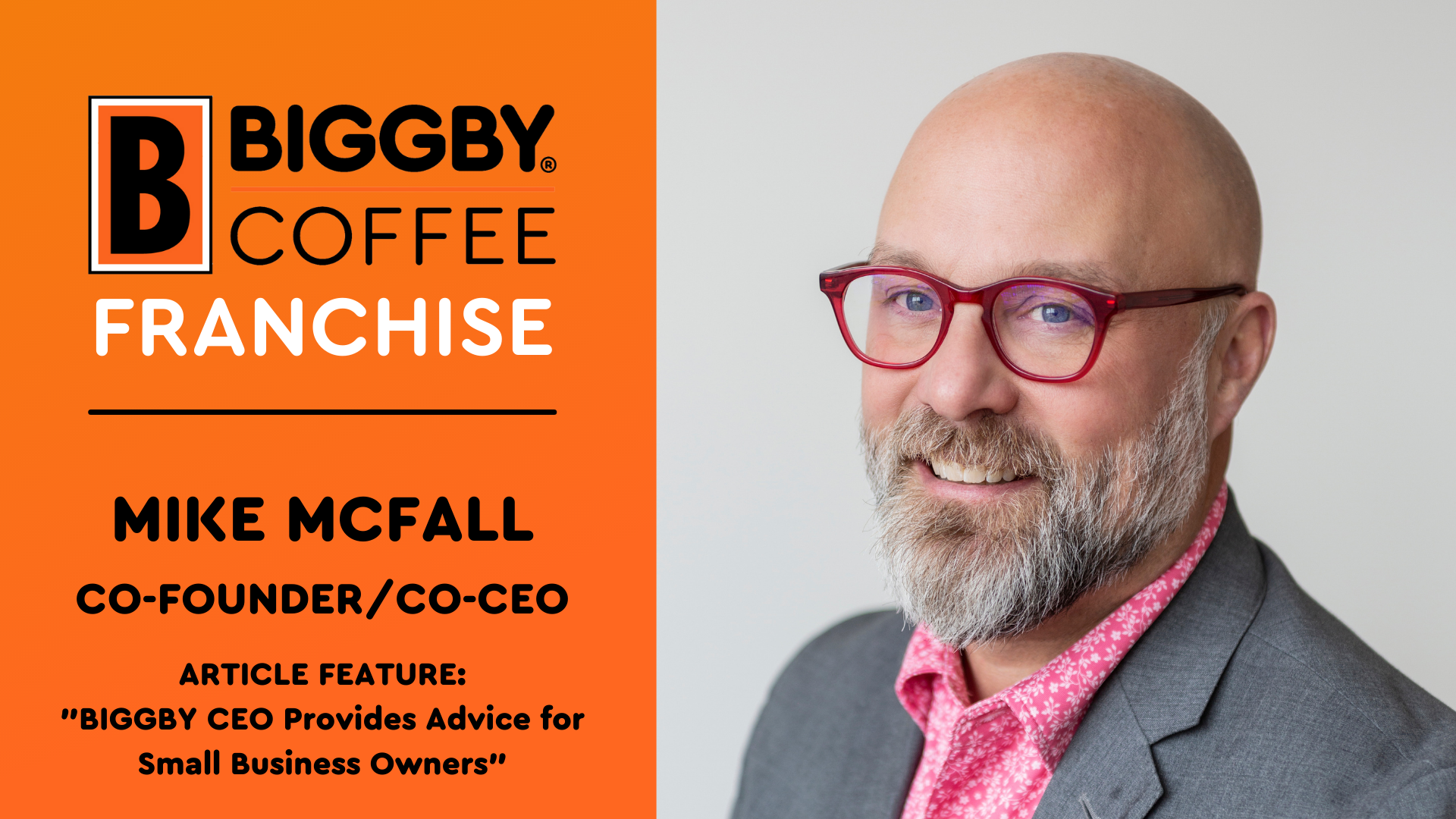 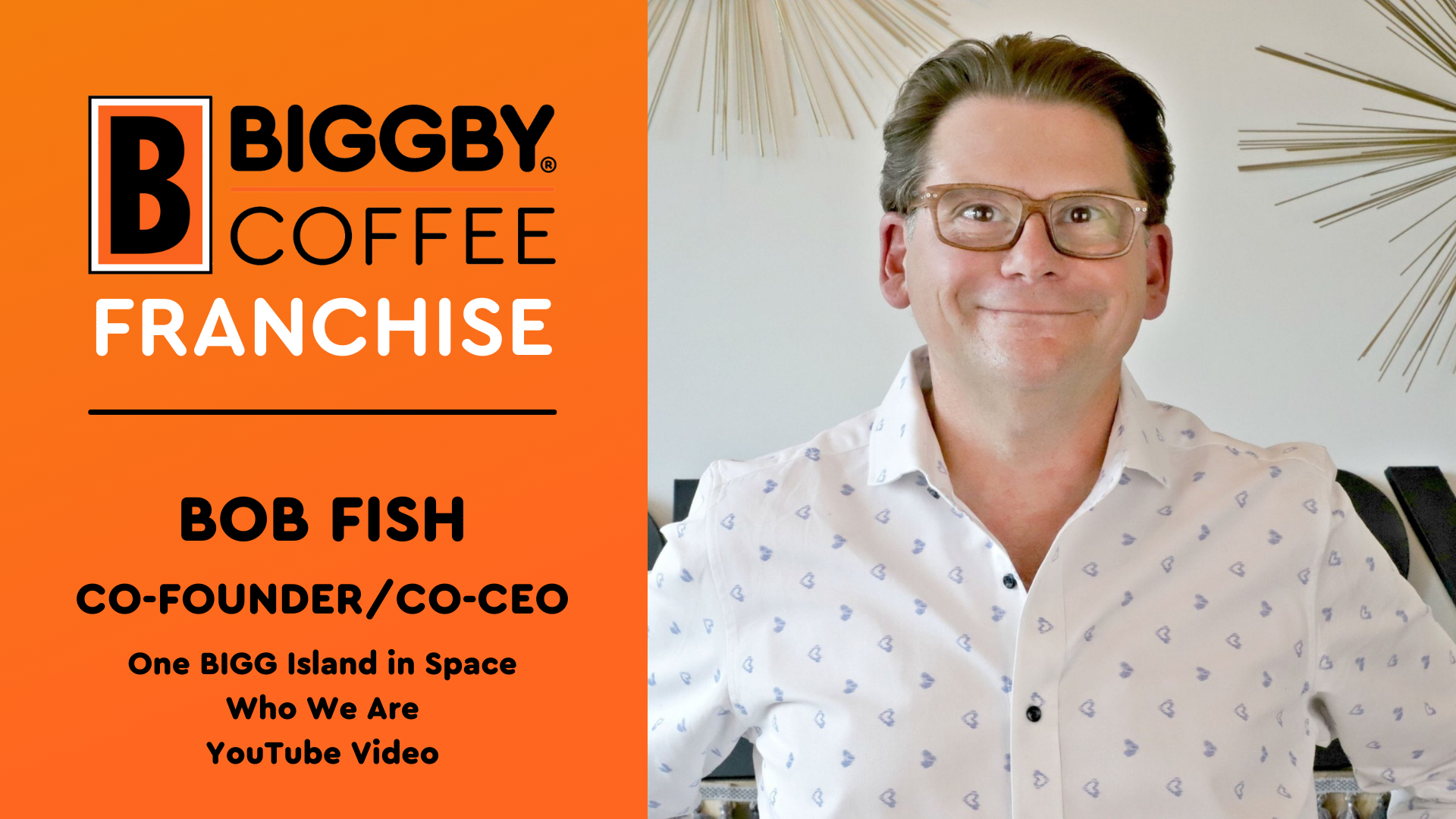 Ready to own a
BIGGBY® COFFEE franchise?

By submitting your information in this form, you’re agreeing to receiving information from BIGGBY® COFFEE Franchise via email/call/text at the number you provided in your inquiry above. Data and message rates may apply.